The Golden Age of Open Source is Over 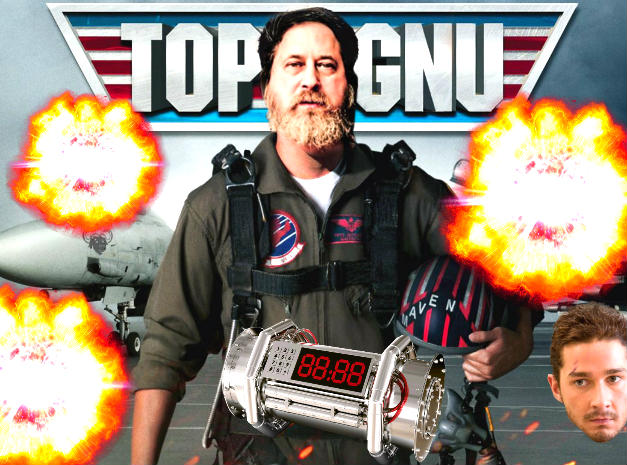 Open Source software won. It's everywhere from hackers' workstations to smartphones to enterprise backends. At the same time the idealistic golden era for Open Source is arguably over. Free and Open Source Software is increasingly used as a vessel for proprietary services, and most successful FOSS projects are dependent on a corporate sponsor. This is not wrong, that's just the way I see it is today.

The first decade plus of the new millennium was lead by enthusiastic and idealistic developers looking to change the world. This was an amazing time. Free software allowed a-man-and-a-dog companies to take on established software giants and prestigeous consultancies. Tinkering with scripts and webhotels to create amazing enterprises and services. I surfed this wave and am grateful for it. All it cost was time.

But time is money. The web was being industrialized and the Open Source Software powering it along with it. Many companies struggled to find a viable business model around Open Source. It's not easy to give out software for free and provide support when "anyone can do it". And volunteers only go so far as a work force. Young guns can pull all nighters for the fun of coding, but would you depend on them?

Over time X as a Service and Open Core patterns have emerged to make it feasible to provide a steady livelyhood. Setting up email servers, web hosting and so on purely on free software is still possible. But people are exchanging freedom for convenience. Why bother setting up a VPS with a static a web server when you can just host on Netlify? Setting up an maintaining email server for your company when there's Gmail? Build a feature that is included in a Magento Commerce subscription? Meh, meh, meh.

All of this is great and I (and many others) wouldn't want to spend time doing all the plumbing to get shit done. At the same time a lot of people have sold out on their previous ideals. Past proponents of the benefits open source are busy on a SaaS startup and blogging how to rank well on Google. Building a black box that hopefully works well with another black box. Many "open source enthusiasts" are macOS users, not on Linux because proprietary software and hardware provides a preferred user experience.

So times and ideals change, but the contrast between the vendor-lock fearmongering twenty-something Jess Coder and the thirty-something Jess Cloud Architect making the call to move all their data to Firebase is stark. It would be easy to make a modern day variation of this quote from John Adams:

The web developers starting today are free to dabble around with FOSS, but they are growing in the time of contemporary mainframe computing (AWS, Azure and GCP) and all that comes with it. They care as much about nginx configuration as I did about the efficacies of malloc. I was used to working at a higher level of abstraction than the generation before me. So will the generations after me. That is progress (?)

Still, like we should not forget about the holocaust it is good keep the realities in mind. Let's take Microsoft, the arch enemy of many fossies. Windows monies kinda died off for them, but Office 365 subscriptions are a staple in businesses. Lolz, that's fine, I don't care about that business stuff, right? But what if I told you, a hip-and-cool JavaScript unicorn, are likely a fullstack Microsoft developer?

Microsoft has had a stroke of genius in business strategy. They've built amazing free developer tools like VS Code, and technologies like TypeScript and .NET 5 (runs best on Linux). But this is only a part of how they've bought into your daily grind. Due to regulators not realizing the significance of open source infrastructure, they've snapped up GitHub (and NPM via proxy). If you write TypeScript in VS Code that you push to GitHub; MS is embedded in your work, from syntax to software development processes. Similar to Google as your decision outsourcing partner and Facebook as your personal communicator.

I've always been a fan of Microsoft, and their realization of needing to be like a shark; always swimming or face death by asphyxia. All they need is a deploy-to-Azure button everywhere to slowly make Azure the preferred cloud. Not the only one, but the easy one (hard to imagine as I've tried to use Azure, but gave up 'coz of lack of mad skillz needed). The result is a win-win: free tooling, easy living and profitz.

Until it isn't. I've no idea what the future holds. More AI boxes that nobody knows how they work? What if energy (like much of software) will be free one day… Will the cloud cost nothing? Will the business logic shift from OSS trojans? For sure. Change is the only constant and Euro is the best consultant.

P.S. I hope this didn't come off as a man yelling at the cloud. It's the best time to be a dev in history.